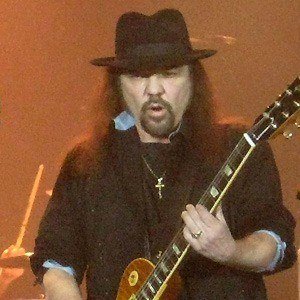 Guitarist and a founding member of the Southern rock band Lynyrd Skynyrd, who also founded The Rossington-Collins Band.

He and a few of his school friends formed the band The Noble Five, which later became Lynyrd Skynyrd.

In 2008 he was arrested and charged with a DUI in Georgia.

He named his guitar Berneice in honor of his mother.

Ronnie Van Zant, the co-founder of Lynyrd Skynyrd, was his schoolmate.

Gary Rossington Is A Member Of