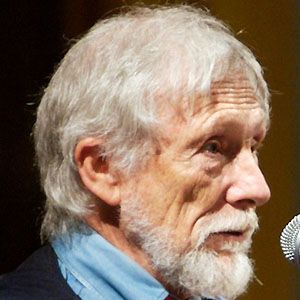 Pulitzer Prize-winning poet and author associated with the Beat Generation. His best-known works include Turtle Island, A Place in Space, and Mountains and Rivers Without End.

He attended Indiana University and the University of California, Berkeley.

He was featured in a documentary film entitled The Practice of the Wild.

He was raised during the Great Depression era in California, Washington, and Oregon. He married Alison Gass in 1950.

He was the inspiration for the character of Japhy in The Dharma Bums, a famous novel by Jack Kerouac.

Gary Snyder Is A Member Of