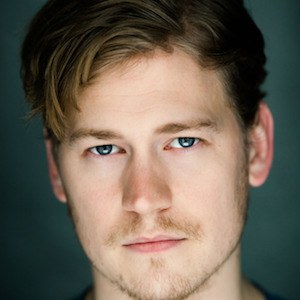 British Hong Kong-born English actor who was a regular on the series Allegiance as Alex O'Connor. He appeared in the acclaimed Black Mirror episode "San Junipero" and was cast in Freeform's TV movie Life-Size 2.

He got his start by guest-starring in an episode each of the shows Nearly Famous and Sofia's Diary. He trained at the Guildhall School of Music and Drama, graduating in 2007.

On stage, he acted in over 200 performances of Richard III (play), directed by Sam Mendes.

His parents worked as a pilot and teacher. He moved to Lewes, England after being raised in Hong Kong.

He was cast alongside Francia Raisa in the TV movie Life-Size 2.

Gavin Stenhouse Is A Member Of