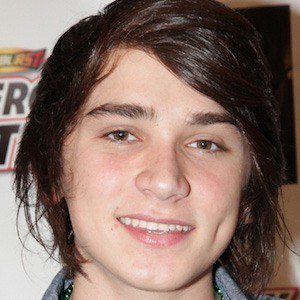 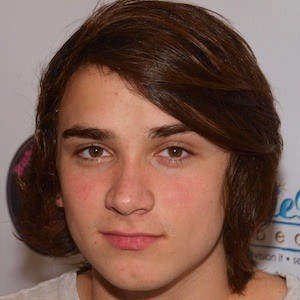 Singer and multi-instrumentalist whose debut EP Sickly in Love was released in 2013 and immediately cracked the top five on the iTunes Singer/Songwriter charts. Some of his most popular songs include "Beautiful Day" and "All Growed Up," the latter of which was featured on the Canadian television show Degrassi.

He received various musical instruments as gifts while recovering from a kidney transplant as a child. He got his start using the music software program Garageband to record his music.

In 2013, he was nominated for an OC Music Award for Best Youth Artist as well as for LA Music Awards for Best Album and Male Singer/Songwriter of the Year.

He posted a cover of Ingrid Michaelson's "The Way I Am" to YouTube.

Gavyn Bailey Is A Member Of