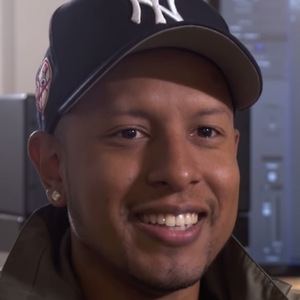 Christian electro-pop artist and producer who rose to fame for his EPs, Lost in Hue and Holding Hue. He became the in-house producer for the label Reach and has worked with artists such as Andy Mineo, Tedashii and KB.

He first began producing under the stage name G-Styles in 2008.

His EPs, Lost in Hue and Holding Hue both entered the iTunes Top 10 Albums for electronic music.

He was born Gabriel Alberto Azucena in The Bronx, New York, but raised in Miami, Florida. He grew up listening to Latin and Caribbean music. His father was a pastor. He and Brianna Segura wed in 2014. They have two children together.

He featured Jay-Z on his song "Free."

Gawvi Is A Member Of