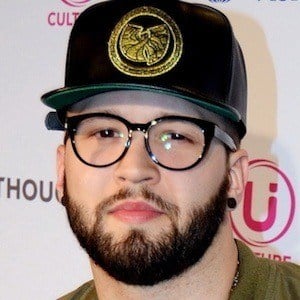 Christian rapper, producer, minister, and actor who had success both as a solo artist and as a member of the group 116 Clique.

He worked as a producer while in high school and formed a rap group that was signed to Syracuse University's Marshall Street Records.

He decided to dedicate his life to Christ after discovering the urban evangelism project T.R.U.C.E.

He was raised in a single parent home and his sister worked as a counselor at a Christian camp he attended as a child. He married Cristina Delgado in September 2014.

He opened for Jadakiss early in his career.

Andy Mineo Is A Member Of