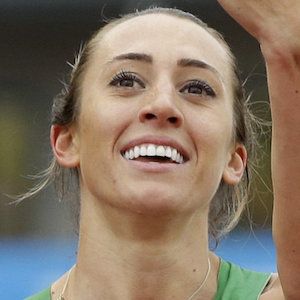 Known for her collegiate career for the Michigan Wolverines and international career for the US National team in the 800 meter event. She became a 10-time All-American at Michigan, and competed for the US at the 2012 Olympic Games in London.

She won her first high school national championship in the 800 meter event at the 2004 Nike Indoor Nationals. She would go on to win both the indoor and outdoor state titles as a junior and senior.

In 2014, she won a gold medal as a member of the US 4 x 800 meter relay team at the World Relay Championships. She subsequently finished 8th in the 1,000 meter event at the 2015 Boston USATF Championship.

She was born and raised in Flint, Michigan.

She competed with Alysia Montano at the 2012 Olympic Games.

Geena Gall Is A Member Of