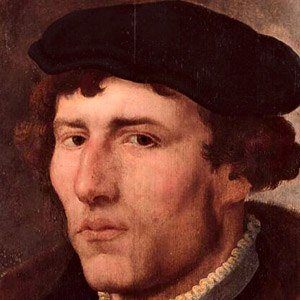 Dutch mathematician and cartographer known for applying mathematics to global surveying and navigation. He is credited with the invention of the cross-staff, the astrolabe, and astronomical rings.

He studied at the Katholieke Universiteit Leuven and later joined the faculty at the University.

He began producing globes and mathematical instruments while he was a student.

After his death, his son, Cornelius Gemma, edited volumes of his work and continued his research.

He was a contemporary of Tycho Brahe, who was impressed with the quality of his instruments.

Gemma Frisius Is A Member Of