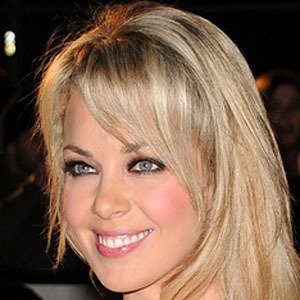 Former beauty queen turned actress and journalist. She is most well known for winning the titles of Miss Great Britain and Miss Belfast. She then made her acting debut in 2008's Direct Contact.

She began her career as a model at seventeen with Style Academy. She then won her first pageant titles in 2008 starting with Miss Ulster.

Outside her modeling and acting career, she has worked as a reporter and presenter. She has also written for Sunday Life newspaper and Fate magazine.

In 2015, she joined the cast of the Danny Dyer thriller Assassin.

Gemma Garrett Is A Member Of