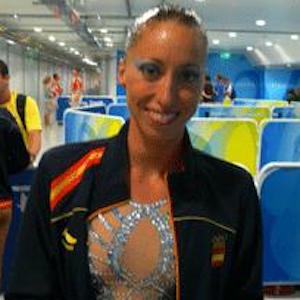 Spanish synchronized swimmer who represented her country at the 2000, 2004, and 2008 Olympics, then later came out of retirement to compete at the 2016 Games. She won a silver medal in women's duet in 2008.

She started competing for Spain as a teenager in 1992.

She won gold at the 2009 World Championships and was named Spanish Sportswoman of the Year in 2005.

She married Enric Martin and has two children.

Fernando Alonso was named Spanish Sportsman of the Year in 2005.

Gemma Mengual Is A Member Of