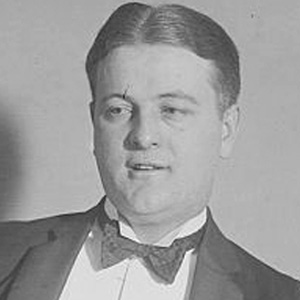 Singer and songwriter who pioneered the crooning style popularized by Frank Sinatra and whose song "The Lonesome Road" became a standard.

He grew up learning piano, guitar, and singing in the church choir near Shreveport, Louisiana.

After obtaining an audition with the Victor Record Company, he impressed Nat Shilkret, the musical director, that he published Austin's music.

He was born Lemeul Eugene Lucas in Gainesville, Texas, just north of Dallas, borrowing his stage name from his stepfather, Jim Austin.

When asked how he came up with the crooning style, he reportedly said he was trying to imagine how Al Jolson's mother used to croon to him.

Gene Austin Is A Member Of