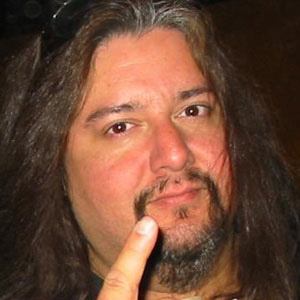 Drummer who has performed in rock and metal bands including Opeth, Dark Angel, and Fear Factory. He has also worked with Dethklok.

He learned to play the drums when he was thirteen years old.

He was on the cover of Modern Drummer Magazine.

His parents bought him a drum set several years after he began telling everyone that he was going to become a professional drummer.

He was influenced by Stevie Wonder.

Gene Hoglan Is A Member Of