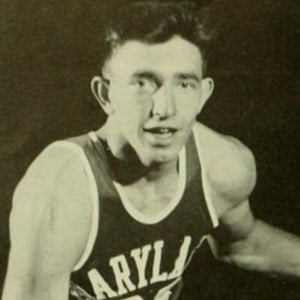 NBA guard known for his patented spin move. He became a head coach for 23 years.

As a player he was one of the most dominant guards in the league, and made the All-Star team five years in a row.

His 784 career coaching wins ranked in the top 20 of all time.

His parents raised him near Baltimore, Maryland.

As a head coach, he guided the Baltimore Bullets to the NBA Finals only to be swept by the Kareem Abdul-Jabbar and the Oscar Robertson-led Milwaukee Bucks.

Gene Shue Is A Member Of