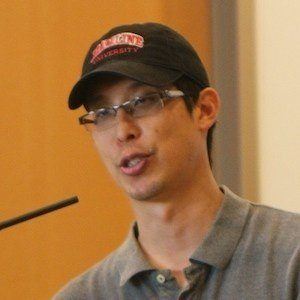 Cartoonist who is also known for lecturing on graphic novels and comic books at universities and conventions.

He attended the University of Berkley where he majored in computer science and creative writing. He graduated and went on to release his first comic book in 1997 which earned him a Xeric Grant, a self-publishing grant for comic book creators.

In 2016, the U.S. Library of Congress named him Ambassador for Young People's Literature. He was also the third graphic novelist to receive the MacArthur Fellowship.

He was born in Alameda, California but was raised in Fremont, California.

As an artist who focuses mainly in the genre of comics and graphic novels, he can be seen in relation to other artists who utilize the same medium including Jack Kirby and Will Eisner.

Gene Luen Yang Is A Member Of