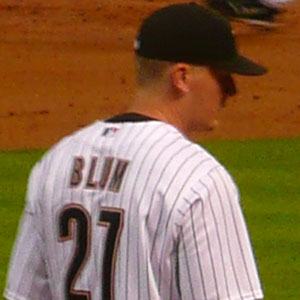 Former journeyman infielder who played 14 years in the majors.

He played college baseball at the University of California and majored in sociology.

He hit a game-winning home run in game 3 of the 2005 World Series with the Chicago White Sox, ending what became the longest game in World Series history at 5 hours and 41 minutes.

Geoff Blum Is A Member Of