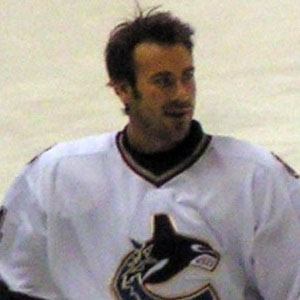 NHL left winger who began his career with the Hartford Whalers in the early '90s and had his breakout campaign in 1992-93, scoring 49 goals and tallying 43 assists. Late in his career he moved to Columbus and became one of the Blue Jackets' top scorers from 2000 to 2004.

He played with the Swift Current Broncos of the Western Hockey League from 1988 to 1991.

He is the cousin of fellow NHL players Wade Brookbank and Sheldon Brookbank.

He was teammates with superstar goaltender Dominik Hasek on the Buffalo Sabres from 1997 to 2000.

Geoff Sanderson Is A Member Of