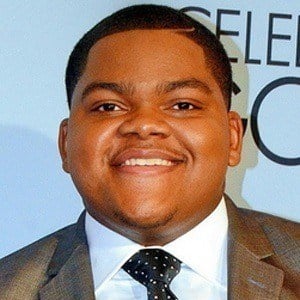 American gospel singer who came to prominence after winning the gospel singing competition show Sunday Best. His first album, Kingdom...LIVE!, debuted in the top five on the Gospel album charts in 2015.

He was the student choir director at Cleveland Heights High School in Ohio.

He co-founded a ministry at Morehouse College.

He is the son of preacher Kevin Dickerson Golden. He has two older brothers.

He was succeeded by Joshua Rogers as the Sunday Best champion.

Geoffrey Golden Is A Member Of