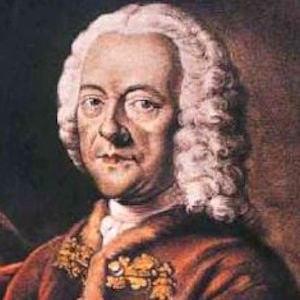 German Baroque composer considered to be one of the most prolific composers in history. He was compared favorably to his contemporary Johann Sebastian Bach.

He took singing lessons when he was 10 years old and composed his first opera at 12 years old.

His work incorporates various national stylings such as those from France and Italy.

He was married to Maria Catherina, and he raised his grandson after his eldest son Andreas died in 1755.

He was the godfather and namesake of one of Johann Sebastian Bach's sons.

Georg Philipp Telemann Is A Member Of