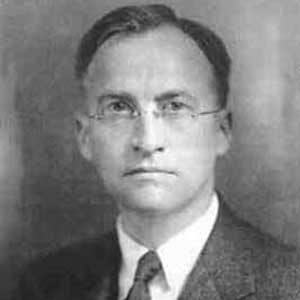 One of the foremost 20th century scientists, whose ergodic theorem solved a problem plaguing the science of the statistics for years. He was also the President of the American Mathematical Society from 1925 to 1926.

After completing his studies at the University of Chicago and Harvard University, he went to teach at Princeton, mentoring the top mathematical minds of the next generation.

He was the first to provide a proof for a theorem that the mathematician Poincare pointed out the previous year, and his solution brought him instant acclaim in the scientific community.

He was born in Overisel, Michigan.

His findings had a profound effect on the kinetic theory of gases proposed by Ludwig Boltzmann and James Clerk Maxwell.

George David Birkhoff Is A Member Of