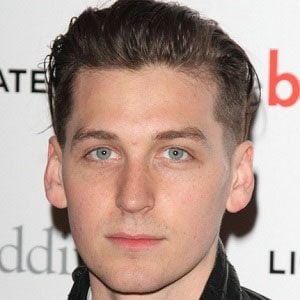 English musician best known as the frontman of the indie rock band One Night Only. He and the band are famous for singles like "Can You Feel It?," which was featured in a television ad campaign for Coca-Cola in 2011.

He was born in Helmsley, North Yorkshire and joined One Night Only in 2003.

He has modelled for Burberry, first appearing in their 2008 spring/summer campaign and later appearing their 2012 eyewear campaign.

He is in a relationship with style blogger Megan Ellaby. He has previously dated English singer-songwriter Diana Vickers. He has a brother named James.

The music video for One Night Only's "Say You Don't Want It" features actress Emma Watson, whom he dated in 2010.

George Craig Is A Member Of