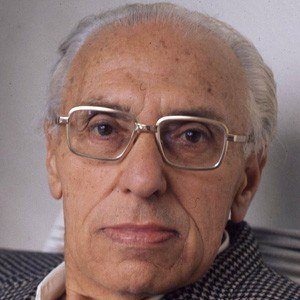 Director of iconic films like The Philadelphia Story, Little Women, My Fair Lady, and Romeo and Juliet.

He would often skip class to go to the movies growing up.

He directed Judy Garland in the 1954 remake of A Star is Born, his first Technicolor film and first musical. The film earned Garland an Oscar nomination for Best Actress.

He met his partner George Towers in the late 1950s and remained with him for the rest of his life.

He was supposed to direct Gone with the Wind, but the gig went to Victor Fleming instead.

George Cukor Is A Member Of