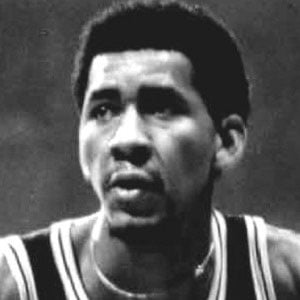 Hall of Fame shooting guard known as "The Iceman" for his grace under pressure. He played the bulk of his career with the San Antonio Spurs in the ABA and NBA and was a 12-time All-Star between the two leagues, as well as a 5-time All-NBA First Team selection and 4-time NBA scoring champion.

After retiring from the NBA, he played professionally in the CBA as well as in Italy and Spain.

He and Kobe Bryant are considered to be two of the greatest pure shooting guards in NBA history.

George Gervin Is A Member Of