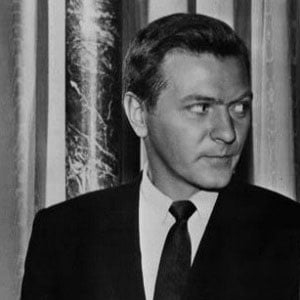 American actor who has played roles in various films and television shows including Bachelor Party and The Golden Girls. In 2002, he was inducted into the American Theatre Hall of Fame.

He had an early role in the television series Justice in 1954.

He won a 1980 Emmy Award for his role in The Oldest Living Graduate.

He grew up with his parents in Roanoke Rapids, North Carolina.

He portrayed John Adams in the Emmy Award winning miniseries The Adams Chronicles.

George Grizzard Is A Member Of