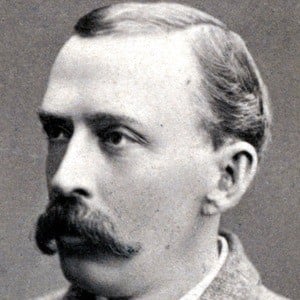 He was the architect of America's Cold War 'containment policy' which sent the U.S. into third-world countries to oppose communism. He served as the US Ambassador to both Yugoslavia and the Soviet Union.

The origin of his policy towards the Soviet Union came from an 8,000-word response by the Russians about their obstructionism at a meeting of the World Bank.

He compared the Russian spreading of communism to a stream that fills up every crack, but which accepts barriers; the goal of his policy, he said, was to provide such barriers.

He was born in Milwaukee, Wisconsin, the son of Kossuth Kent Kennan, a descendant of 18th-century Scotch-Irish settlers.

He was appointed by President Harry Truman in 1951 to lead the negotiations with Russia over the policy in Korea.

George F. Kennan Is A Member Of