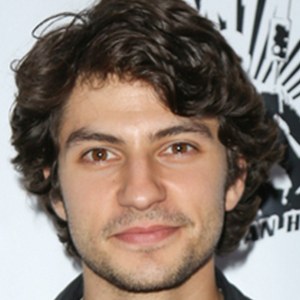 Actor who rose to fame for his role as Ali Jahani in the 2017 sports drama American Wrestler: The Wizard. He was profiled by Men's Fitness for his preparation for the demanding physicality of the role.

He was discovered by a talent agent at age 16, and began his acting career in commercials. He later earned his degree from the University of Southern California in 2014.

He was cast to reprise his role of Ali Jahani in the film American Fighter. He also appeared in the 2017 films Running Wild and Pray for Rain.

He was originally born and raised in Palo Alto, California.

He appeared alongside Jon Voight in the 2017 film American Wrestler: The Wizard.

George Kosturos Is A Member Of