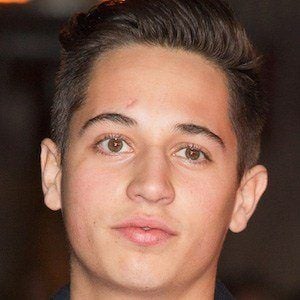 Internet entrepreneur who is known as the founder of the social site GetSung. He is also the son of the former English soccer player Gary Lineker.

He battled a severe form of leukemia as a child. Later, he attended university where he studied business and media studies before dropping out.

He, along with four other friends, co-funded GetSung's beginnings with 7,500 pounds. He is also known for his Twitter presence, where he has amassed more than 80,000 followers.

He was born and raised in England. His mother Michelle Cockayne was married to his father from 1986 to 2006. He has three brothers, Harry, Tobias and Angus. His father married his second wife, Danielle Lineker, in September 2009.

His father, Gary, is known for having held England's record for goals scored in a World Cup final.

George Lineker Is A Member Of