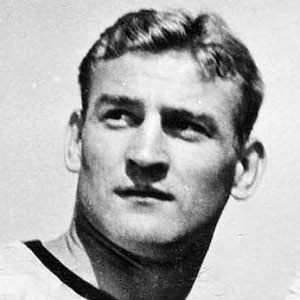 He was a standout college football player at Duke University.

He stopped playing professional football temporarily to serve in the Navy from 1942 until 1945.

He grew up in Corbin, Kentucky, with his brother Wes.

He and Walter Payton's jersey numbers were both retired by the Chicago Bears.

George McAfee Is A Member Of