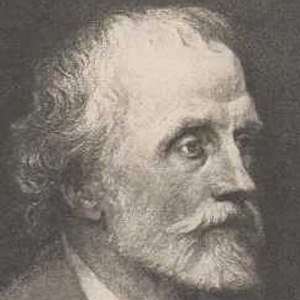 A Victorian novelist and poet, he is best known for his 1862 poetry collection, Modern Love. His novels include Diana of the Crossways and The Shaving of Shagpat.

He studied law before deciding to pursue poetic and journalistic careers. He published his first literary work, Poems, in 1851.

He was the artist's model for The Death of Chatterton, a painting by Henry Wallis. Incidentally, Wallis had an affair with Meredith's first wife.

He was a favorite novelist of the famous author and playwright Oscar Wilde.

George Meredith Is A Member Of