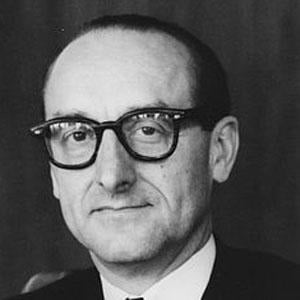 Associate Administrator of the NASA Office of Manned Space Flight from 1963 to 1969 who has been called one of NASA's 'most brilliant and fearless managers'. He played in an integral role in the development of Skylab, the US's first station which orbited from 1973 to 1979.

He showed natural interest in engineering, constructing home-made radios as a teenager.

He worked to ensure the success of the Apollo program that sent a man to the moon for the first time in history.

His father was an electrician and a major influence on him.

He had a hand in building the Apollo program that would include astronauts like Apollo 8's Frank Borman.

George Mueller Is A Member Of