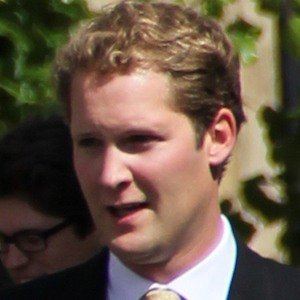 Earl Percy and heir apparent to the Dukedom of North Umberland perhaps best known for being in line to inherit Alnwick Castle, which served as Hogwarts in the Harry Potter films.

In his teens, his parents were successful in delaying an inheritance of one million pounds plus 250,000 pounds per year, feeling he would be unsuited to handle such a windfall at the age of 18. He ultimately received it at 25.

His parents are Ralph Percy, 12th Duke of Northumberland, and Jane Richard. He has three siblings.

He was in attendance at the wedding of Kate Middleton and Prince William and has himself been linked to Pippa.

George Percy Is A Member Of