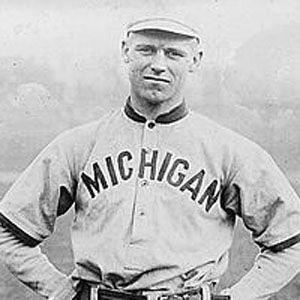 MLB first baseman who collected 2,812 career hits, including 257 in 1920, which became a long-standing league record.

He missed the entire 1923 season when he was afflicted with double vision.

His two sons, Dick and Dave, also carved out excellent careers in the MLB.

His single-season hits record was broken by Ichiro Suzuki in 2004.

George Sisler Is A Member Of