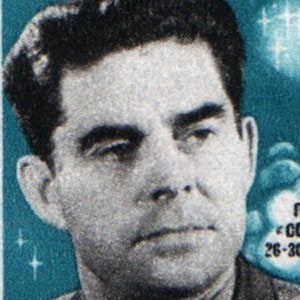 At the time of his space flight in 1968, he was the earliest-born human to go to space.

He was a combat pilot in World War II and a test pilot following the war.

He flew on one space mission, Soyuz 3, on which he was the commander.

He was survived by his wife Lydia.

Georgy Beregovoy Is A Member Of