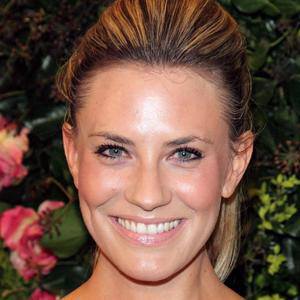 TV presenter who became recognized for her hosting duties with Sky Sports in the UK.

In 1999, she matriculated from the University of Leeds, where she studied Broadcast Journalism.

She was ordered to pay a hefty fine and lost her driving privileges for 19 months after a drunk driving incident in 2011.

She was with her domestic partner Declan Donnelly until 2011.

She has covered events like Wimbledon 2011, where Petra Kvitova won her first singles championship title.

Georgie Thompson Is A Member Of