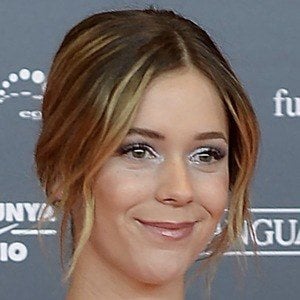 Spanish actress who is widely known for her role as Emi between 2014-2015 on the TV series Bajo Sospecha. She has also gained popularity for her time on Seis Hermanas as Lorenza, and Velvet as teenage Ana. She also appeared on Netflix's drama Elite.

She earned her first on-screen credit for her work in the film Febrer as Nena del parc in 2004.

In 2016, she starred in Tini: The Movie as Eloisa Martinez. That same year, she was cast to star in the film Es por tu bien.

She appeared alongside Martina Stoessel in the 2016 film Tini: The Movie.

Georgina Amorós Is A Member Of