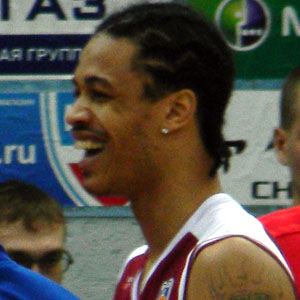 Journeyman guard/forward who was selected 18th overall by the Boston Celtics in 2005, then went on to play for the Minnesota Timberwolves, Indiana Pacers, and Phoenix Suns amongst other teams.

He began playing basketball only in his sophomore year at Gulf Shores Academy High School in Houston, Texas.

He was one of the last players to enter the NBA directly from high school; a collective bargaining agreement enacted by the league restricted draft picks to wait at least until age 19 after finishing high school.

His second cousin is fellow NBA player Danny Green. He has three sons, Geremiah, Julius, and Silas. He proposed to Deja Hiott in August 2020.

He won the 2007 NBA Slam Dunk Contest and was runner up to Dwight Howard the following year.

Gerald Green Is A Member Of