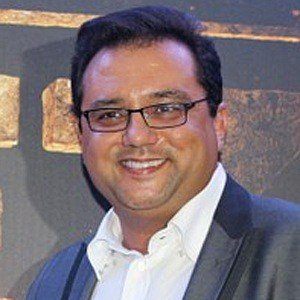 Television show host and personality who is best known for his work with the Brazilian channel Record Network. On the channel, he hosted both General Balance as well as Geraldo Brasil.

He received a degree in journalism from the Methodist University of Piracicaba.

He founded a charity organization for the less fortunate known as Casa da Sopa.

He has a son named João Pedro Sacramento who was born in March 2000.

He and fellow television show host Luciano Huck were both born in Brazil.

Geraldo Luis Is A Member Of