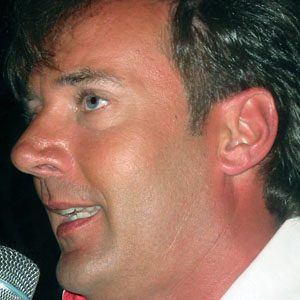 Dutch singer and television presenter who has a high tenor voice and became popular in the 1980s with singles like "Ticket to the Tropics" and "No More Boleros."

His debut album, Love is in Your Eyes, was released in 1985 and was awarded Gold and Platinum certification.

He was going to represent The Netherlands in the 2009 Eurovision Song Contest in Moscow, but had to drop out due to a skiing accident which broke both of his arms.

He grew up in a Dutch family in Alkmaar, Netherlands.

He recorded and released the duet single "Echte vrienden" with Jan Smit in 2012.

Gerard Joling Is A Member Of