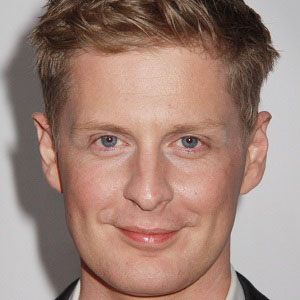 Famous for playing the role of Kris Fisher on the British soap opera Hollyoaks, McCarthy is also notable for his portrayal of Kevin McSwain in the acclaimed BBC 2 series The Fall.

He received a scholarship to attend the Laine Theatre Arts school in Surrey, England.

He acted in the hit Shakespeare's Globe production of The Merry Wives of Windsor.

He was born in Belfast, Northern Ireland, and he later lived and worked in England.

He appeared with Joely Richardson in the Netflix series Titanic: Blood and Steel.

Gerard McCarthy Is A Member Of