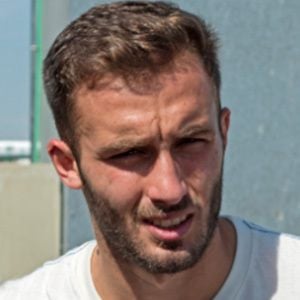 Argentinian soccer central defender who became the captain of the Italian club ACF Fiorentina. As a member of Argentina's national team, he competed in the 2009 Toulon Tournament and 2011 FIFA U-20 World Cup.

He joined Club Atlético River Plate's youth team when he was 14 years old.

His father's name is Miguel. He has a brother named Bruno who also plays pro soccer.

He became teammates with vice-captain Federico Chiesa on Fiorentina.

German Pezzella Is A Member Of