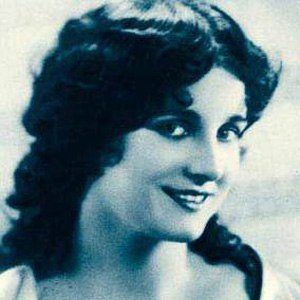 Silent-film era star who appeared in more than 40 films, including The Monster in 1925 and The Boob in 1926.

She made her debut silver screen appearance when she was 17 years old.

Like many silent-film era stars, she failed to make the transition to talking pictures.

She was married to MGM director Robert Z. Leonard for close to 40 years before his death.

She was in several of MGM's first color films, including The Show of Shows, which starred Myrna Loy.

Gertrude Olmstead Is A Member Of