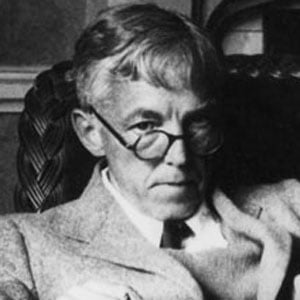 English mathematician whose 1940 essay, 'A Mathematician's Apology,' became one of the most widely-known essays on mathematics ever written. He is also famous for his discovery and mentorship of the great Indian mathematician Srinivasa Ramanujan.

He was writing numbers at age two and attended Winchester College on scholarship.

His relationship with John Edensor Littlewood and Srinivasa Ramanujan was depicted in the 2007 novel The Indian Clerk by David Leavitt.

His father taught at Cranleigh School in Surrey, England.

He and fellow mathematician Wilhelm Weinberg formulated what came to known as the Hardy-Weinberg principle independently of one another.

GH Hardy Is A Member Of