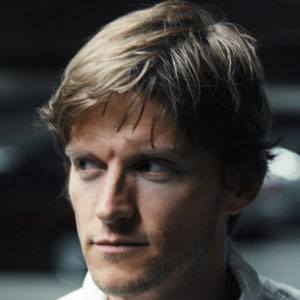 Actor and voiceover artist whose credits include the TV series, Teen Wolf, and the popular video game, Assassin's Creed 2.

He was born in England and moved to Johannesburg, South Africa when he was four years old. He went on to appear in multiple theatrical productions at St. John's College.

He was the recipient of the 1995 National Vita Award for his superb comic acting in Heel Against the Head, a stage play.

He grew up as an only child and entertained himself in his younger years by perfecting impressions of Michael Jackson and other celebrities. In 2014 he married actress Autumn Withers.

He co-starred with renowned stage actor, Bill Flynn, in an acclaimed Baxter Theatre production of Arthur Miller's famous play, Death of a Salesman.

Gideon Emery Is A Member Of