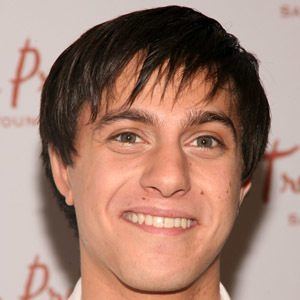 Stage and screen actor who first became known as Ernst in the acclaimed Broadway musical Spring Awakening. He then appeared in Broadway's Spider-Man: Turn Off the Dark and Off-Broadway productions of Into the Woods, Speech and Debate, and Significant Other.

One of his earliest screen credits was in the 2005 film One Last Thing... starring Michael Angarano.

Outside of his stage work, he has had recurring roles in television shows like Wallflowers, Devious Maids, and It Could Be Worse.

He is openly gay and stated in interviews that he came out in seventh grade.

In 2016, he joined the cast of the feature film adaptation Speech & Debate alongside Liam James and Roger Bart.

Gideon Glick Is A Member Of