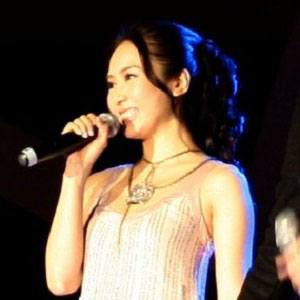 Hong Kong actress and singer nicknamed "Goddess of Beauty" who gained popularity by singing Cantopop and Mandarin albums in the 90's. She later starred on shows like The Dance of Passion and in box office hits like the Young and Dangerous film series.

She began her singing career at age 14 in order to support her family.

She won a TVB Award for Best Actress for her role as Hou-Jia Yu-Ying on the series War and Beauty in 2004.

She married businessman Patrick Ma Ting-kung in 2008 and gave birth to twin girls in July 2010.

She co-starred with actress Maggie Cheung on War and Beauty.

Gigi Lai Is A Member Of