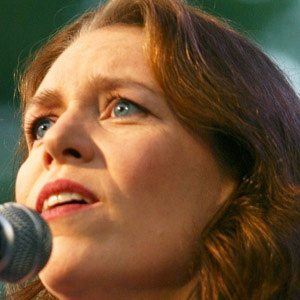 Singer-songwriter known for combining elements of Appalachian music, bluegrass, and Americana in her musical style.

She studied songwriting at the Berklee College of Music.

She produced and performed two songs for the O Brother, Where Art Thou? soundtrack, which won the Grammy Award for the 2002 Album of the Year.

She was the daughter of adoptive parents Ken and Mitzie Welch. She has been in a relationship with her music partner David Rawlings.

She collaborated with Emmylou Harris, Ryan Adams, Old Crow Medicine Show, and many others.

Gillian Welch Is A Member Of