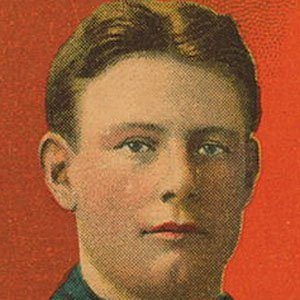 Outfielder best remembered for being the first batter of the first World Series in 1903 with the Pittsburgh Pirates. He led the National League in hits and batting in 1902.

Earning his nickname for his flowing mane of red hair, he began his baseball career with the minor league Milwaukee Brewers, before joining the Pirates in 1900.

With a talent for contact hitting and a surprising quickness running the bases, he was considered one of the best leadoff men in the league.

He was born in Rochester, Wisconsin to Thomas and Mary Jones.

The opposing pitcher in his World Series debut was the great Boston Americans ace Cy Young.

Ginger Beaumont Is A Member Of