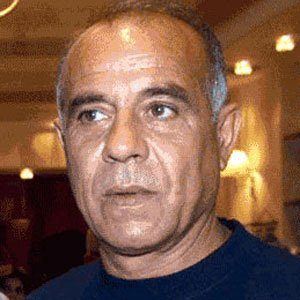 Attacking midfielder who is widely regarded as one of the greatest Greek players in history.

He made 43 appearances and scored eight goals for the Greek national team during his tenure from 1967 until 1982.

His family was residing in Ayios Pavlos, Thessaloniki, when he was born.

Giorgos Koudas Is A Member Of