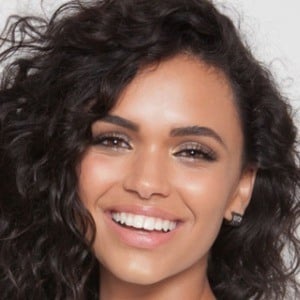 Brazilian actress who is known for appearing in a range of different television programs including the 2017 series Outro O Lado Do Paraiso where she starred as the recurring character Cleo Alcantara. She is also known for her social media presence and shares photos from behind the scenes, modeling shoots, and even clips of her acting through Instagram for her over 1.1 million followers.

Her career in entertainment began at the age of 9 when she started appearing in commercials. She then went on to make her television debut in 2015 on the series Dois Irmaos.

She is known for having appeared as a guest on the Domingao do Faustao series in February of 2018.

She was born and raised in Rio de Janeiro and has sisters.

She starred alongside Alinne Moraes and Nathalia Dill on the 2016 drama series Rock Story.

Giovana Cordeiro Is A Member Of