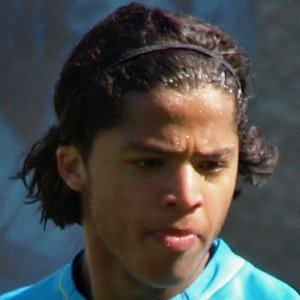 Attacking midfielder who won an Olympic gold medal with Mexico's national team in 2012. He played for the LA Galaxy from 2015 to 2018 and in 2019, he signed a three-year contract with Club América.

He began playing in Barcelona's youth system at age 13.

He signed with RCD Mallorca in 2012 after playing four seasons with Tottenham Hotspur.

He was raised with four brothers, including professional soccer players Jonathan and Eder. He dated singer Belinda.

He defeated Landon Donovan and the U.S. team to win the 2009 CONCACAF Gold Cup.

Giovani dos Santos Is A Member Of