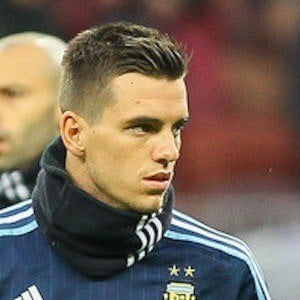 Professional soccer player who is best recognized for having played the attacking midfield position for Paris Saint-Germain Football Club of the Ligue 1. His popularity led to him amassing more than 1.2 million followers on his Instagram account.

He made his league debut with Rosario Central in 2015.

During the 2016-2017 season he made a total of 5 appearances with Paris Saint-Germain.

He is the son of Juan Pere Lo Celso. He has two siblings.

Both he and Thiago Silva played for Paris Saint-Germain.

Giovani Lo Celso Is A Member Of